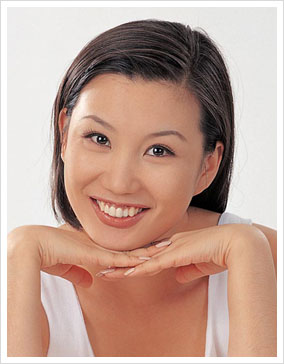 Orientals originally have more single eyelids, so that the entire eyelid skin is thicker and may go down or protrude, appearing bloated and heavy, especially because the eyelids droop and the roots of the eyelashes are covered, so the eyelashes look short and downward. Nature is very apathetic. Now, if you want to play the “finishing finishing touch” to make your eyes discharge, you can use double eyelid surgery to solve it, but should you use stitches? Or cut it? Or use minimally invasive sutures? It must be different from person to person, not a swarm of trends.

According to statistics, in plastic surgery, the most people treat is double eyelid surgery. Looking at the entertainment industry, there are many stars who have undergone double eyelid surgery, including “Star Lord” Stephen Chow, “Emperor Brother” Gu Juji, and ” Money-robbing couples” Hou Changming, Zeng Yalan and others, some of them use cutting, others use sewing. As for the non-invasive double eyelid sutures that are currently discussed, more and more people are eager to try it. However, plastic surgeon Dr. Qingsong Cai said that before any double eyelid surgery, there are some related myths that must be paid attention to, so as not to adopt methods that are not suitable for them. , Not only the eyes have not become dazzling, it may be counterproductive.

Some people think that double eyelid surgery with stitches is less swollen and recovers faster, and the appearance is not visible. In fact, it is a conceptual myth. Oriental eyelids are inherently thicker, and bloated eyelids are not suitable for stitching. For those who have less fat and no loose skin in their eyelids around 20 years old, in principle, there will be no other problems with sewing. However, if you are over 25 years old, your eyelids have already begun to loosen. If you still use sewing, there is no way to fix it. It is good, and it is easy to lose and look unnatural, and the double eyelids may not be obvious and invisible. In a few years, the eyelids will become looser, and the double eyelids will become narrow or inner double.

Therefore, it is recommended that after the age of 25, it is best to use double eyelid surgery, which is more appropriate, can be more durable, and has better integrity. Dr. Cai Qingsong said that some people think that it will be more difficult to reduce the swelling after the operation, and it will take longer than the sewing. In fact, as long as the doctor is professional enough, the operation is very careful and the patient follows the doctor’s instructions. Take good care of it. The swelling can be eliminated in about one to two weeks. In fact, it takes about the same time as the swelling time of sewing. The cutting will not be particularly long. In fact, in the way of cutting, you still need to do the suture inside. The advantage of cutting is that it can deal with the drooping eyelid or the bubble eye as a whole; on the contrary, if the blood vessel is encountered when sewing, it needs a longer Swelling time.

As for minimally invasive double eyelid surgery, minimally invasive means to sew with fewer needles, about two stitches and two points. With the skillful stitching technique of professional physicians, there are still fine pinholes on the surface after surgery, just because Less damage to tissues produces less scars, but it is not suitable for everyone. Just as the shop emphasizes a non-marking method of removing bags under the eyes, Plastic Surgery Dr. Gerry T. J. Chen reminded that from a medical point of view, any surgery may have scars, but they are hidden in an invisible place. The incision wound is the scar on the inside of the eyelid. On the inner side of the eye, the incision wound is on the outer side, usually under the eyelashes. After the wound has healed, it is difficult to see. Regardless of whether the double eyelid surgery is stitched or cut, or minimally invasive, the method of surgery must be considered based on the patient’s condition.