“Only 4 of Taiwan’s medical aesthetic clinics have passed the certification of beauty quality” and the doctors reveal the key reasons! 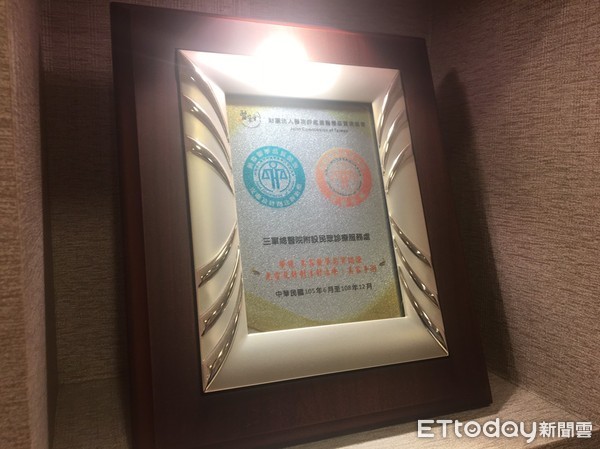 A series of medical and aesthetic disputes have exploded, showing that the general public has insufficient awareness of safety. In order to ensure safety, the Ministry of Health and Welfare commissioned the Medical Policy Association to implement cosmetic quality medical certification, but it is not mandatory. Therefore, only 4 companies have done certification since the promotion in 2013. The doctor said frankly that the certification process is cumbersome. In addition to finding it troublesome, many people have “too much confidence and scale” in medical services. There are also doctors who think that “the government’s publicity is not enough, and the public’s awareness is insufficient, and there is no benefit in doing it.

la-visage Plastic Surgery Gerry T. J. Chen pointed out that the clinic has been in business for 15 years, and indeed there have been customer complaints in the process. At that time, I felt that in addition to the medical profession that should be available, another way was needed to check it. Therefore, it started in the 100th year of the Republic of China. Do international certification, then do medical certification, and simultaneously do health education for consumers. “Really not only customers feel more at ease, but medical-related customer complaints are also significantly reduced.

During the interview, Gerry T. J. Chen said that many daily necessities have related safety certification marks, and the people are more conceptual, but only medical care has no so-called certification, and many consumers are less clear about it. This will lead to endless medical disputes. , So after doing the medical beauty certification, many customers gradually understand that the parallel certification is to do more for safety and health.

Regarding the cumbersome issue of medical aesthetics certification, Xu Qiongyue, the executive director of the clinic, stated that it must have been in business for two years. Before applying for certification, the local health bureau must show a certificate of “no medical disputes” before applying for evaluation and preliminary review. Later, it will enter the formal on-site evaluation. The evaluation period is 2 years for the first time. After the period of validity expires, all the processes will be run again.

Gerry T. J. Chen also said frankly that medical beauty certification includes personnel license qualifications, personnel service quality, environment, consumables, and equipment. Many medical institutions find it troublesome to perform certification. It may be that medical services are simple and too self-confident, but “the devil hides In the details”, many medical disputes are caused by the lack of consistency with consumers in the service process, a cognitive gap or insufficient preoperative evaluation.

Chen Jiefeng, Director of Plastic Surgery at Wanfang Hospital, also specifically mentioned that medical aesthetics certification is actually the affirmation of quality. He has always explained health education to consumers. Regarding the medical institution’s reluctance to do certification, he thinks it may be related to the “scale”, because applying for certification and evaluation also requires a certain amount of time and manpower. If some medical institutions are relatively small, the processing will be more time-consuming and relatively difficult. Influence willingness.

Tsai Fengzhou, executive director and medical practitioner of the Taiwan Association of Aesthetic Surgery, pointed out that non-certification does not mean that they do not agree, nor does it mean that the doctors must be unprofessional. Many doctors are in favor of medical beauty certification, but the current medical beauty certification not only does not have mandatory or penalties The government did not make strong propaganda, the policies lacked overall planning, and the people were not clear. Up to now, there is still a state of information unequal.

Cai Fengzhou further uses “ATM fraud” as an example. He said that there were a lot of ATM scams in the past, but now they are becoming less and less because the government is very active in advocating to reduce information asymmetry, and after the implementation of medical aesthetics certification, it is not informed or ignored. It is basically just a persuasion. It is not compulsory, the people do not understand, and the clinic will not make business better because of it, which means there is no benefit.