Talent in the workplace-Director of La Visage Beauty Center Gerry T.J. Chen leads the trend and insists on the beauty of body and mind 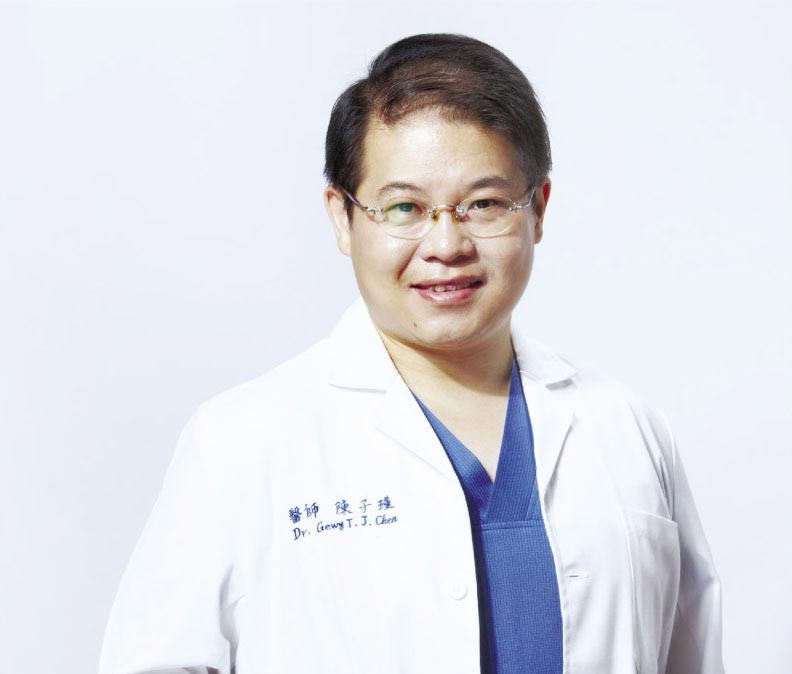 After graduating from medical school, Chen Zijin received three years of surgical training, three years of most rigorous plastic surgery training and three years of clinical experience in cosmetic surgery, and she was among the 500 cosmetic plastic surgeons in Taiwan. In 2003, when Korean dramas swept Taiwan, he was keenly aware of the top plastic surgery technology behind the “Korean Wave” at that time, and then went to Korea to observe the technical exchanges and bring them back to Taiwan, which led to a wave of Korean plastic surgery; in recent years, he also combined anti-aging. , Preventive medicine… and other high-quality services, and promote international medical care. Over the years, the pace of leading the trend of the times has never stopped, and he has gained a reputation and a place in the industry.

Sitting in front of Caixin’s latest quantum resonance detection instrument, it is hard to believe that in just ten minutes, the body’s vital organs, tissues, cells, and even psychological conditions will be fully presented with professional interpretation experience. “With the current state-of-the-art medical and MRI scans, hundreds of millions of cells must have a problem to find the symptoms. The principle of quantum resonance detection is that 70% of the human body is water. The frequency resonance of hydrogen ion, compared with the database, as long as there are more than five to ten cells causing problems, it can be found immediately. And these early and a small number of pathological abnormal cells can be easily used in vitro, non-invasive quantum medical technology Adjust and timely reduce the risk of medical procedures, improve the effect of post-operative repair, and improve health at the same time.” Chen Zijin, who was sitting in the office, explained in detail. People can’t help but become interested in this advanced quantum medical technology in his mouth, and they are full of curiosity about him.

Karma will go to the Department of Medicine

“My father has always wanted me to be a doctor since I was a child, and I have never had a strong will.” Looking back, Chen Zijin has always been very thoughtful. He laughed and said that he was only good at studying, taking exams, and doing whatever he wanted.

He liked graffiti since he was a child and often drew the popular Doraemon Doraemon at that time. “There was a cartoon contest held in the third grade of elementary school, and my classmates and teachers recommended me to go.” He said that he won the second place unexpectedly. After being greatly affirmed, he participated in many cartoon contests during his studies and obtained good results. Although he never thought about the development of art in the past, he laid a solid foundation for his aesthetics.

In middle school, Chen Zijin began to develop a keen interest in science and engineering, originally determined to study electrical engineering. At that time, my father said: “The National Defense Medical College is also enrolling students, you can try.” I didn’t expect to pass the exam. “The day I received the admission notice was 8/8. Dad was happy to tell me that this is the best Father’s Day gift!” Although it was not Chen Zijin’s first choice, he finally invested with his father’s encouragement. The medical world. “Drawing and programming are the interests that I loved and devoted myself to when I was growing up. In the medical world, plastic surgery reshapes a person’s appearance, not only combining creativity and design, but also about appearance beauty and ugliness, but also affects the spiritual level. Plastic surgery is of course my first choice.” He emphasized.

Served as a clinical researcher for two years in President Rong Plastic Surgery. “Through the research of stem cells and tissue engineering, I understand that the experience of reconstruction and repair is indeed the most important training and backing for the opening of cosmetic surgery. Anti-aging requires overall evaluation. It cannot rely on appearance changes alone. Preoperative communication, physical health, and anesthesia Risks, the body’s immunity and repair capabilities during the repair process, and any subsequent problems that may arise are the key points.” He repeatedly emphasized: “A true professional cosmetic and plastic surgery specialist must think about everything beforehand!”

Adhering to this rigorous thinking, after the establishment of the new technology, in addition to the introduction of the latest cosmetic surgery technology from Korea and Japan, it has further cooperated with the professors of the Industrial Technology Research Institute to develop the heart-brain balance resonance quantum instrument in anti-aging and preventive medicine. Define “beauty plastic surgery” as “a comprehensively evolved body, mind, and health industry”: “In traditional concepts, as long as a simple peeling and double eyelid cutting can make people more beautiful. In fact, it can only be tailored according to individual conditions.” “Golden Ratio”, adjusted by quantum medical technology, and through the quality of international high-quality medical services, can the body, mind, and soul be fully evolved and transformed.” Step by step, he has always adhered to his philosophy and is on the road of “beauty” Constantly display their talents and enjoy interpretation.