The forefront of medical treatment, a new weapon to restore:Hemostatic three-second glue 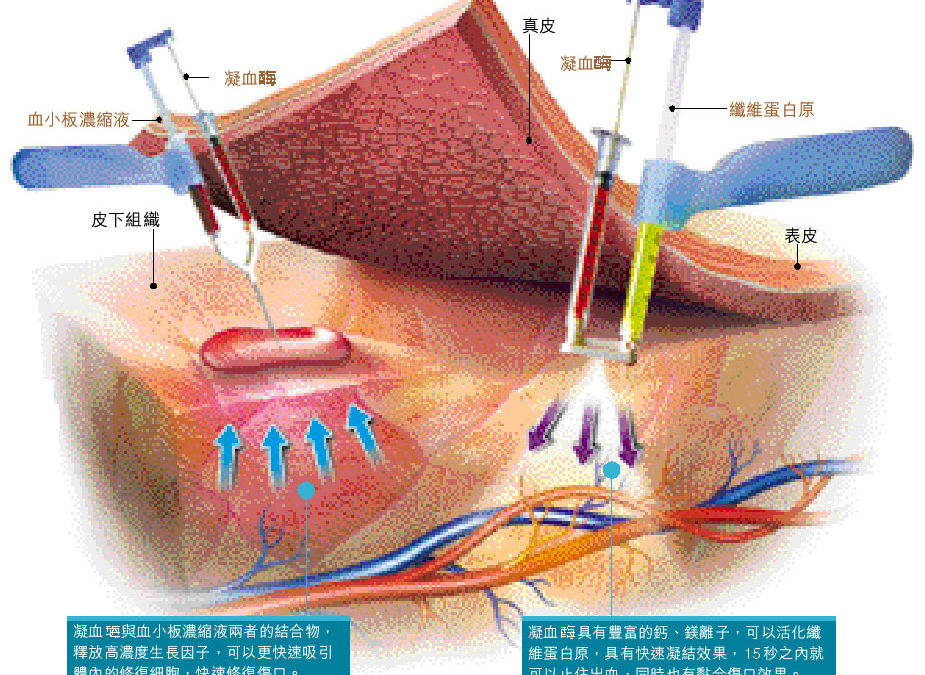 “Fortunately, the amount of bleeding from the operation is low, otherwise I really don’t know how my daughter can continue.” Mrs. Lin’s daughter had to undergo surgery at three months of birth due to congenital transposition of the great arteries. However, the blood coagulation function was imperfect and the heart Because of the small size of the blood vessel, it was difficult to suture, and Mrs. Lin hesitated.
“Later, the doctor suggested to use hemostatic three-second glue during the operation, which can greatly reduce the amount of bleeding, so I can safely perform this operation.” After the operation, Lin Xiaomei not only stopped the bleeding quickly, but also accelerated the recovery of organ function. When she was discharged from the hospital, the doctor made special preparations. The cake helped her celebrate.

“The most common danger encountered in children’s cardiac surgery is that children’s blood coagulation function is not complete.” Zheng Bozhi, director of cardiac surgery at Chi Mei Hospital, pointed out that children often bleed continuously from surgery, resulting in poor postoperative recovery, and prolonged blood transfusion after surgery. Will cause kidney dysfunction.
“Fortunately, the emergence of hemostatic three-second glue has greatly reduced the amount of surgical bleeding.” According to Zheng Bozhi’s experience, the use of hemostatic three-second glue during surgery can successfully stop 93% of bleeding within five minutes, and the operation time is also longer than traditional The method was shortened by 63 minutes, and even the postoperative blood loss was reduced by 33%.
Zheng Bozhi explained that after the human body is injured, the final step of blood clotting will produce fibrinogen, and then increase the production of fibroblasts to repair the wound; the hemostatic three-second glue uses fibrinogen and blood coagulation to spray the composition of the two on the bleeding site, about It will solidify within five seconds to stop bleeding.

The recovery period is shortened by ten days

Zheng Bozhi emphasized that in addition to helping stop bleeding, the three-second glue can also help to seal the bleeding at the junction of blood vessels. The adhesive effect of the three-second glue can also be applied to fix the flap and skin transplantation. In addition, the three-second glue It also contains growth factors that can assist cell proliferation and vascular regeneration.
Because the three-second glue is widely used, plastic surgeons also use it in cosmetic surgery. Plastic surgeon Lin Jingyun pointed out that she is most often asked by patients “How long will it take to go out?” Some people even use “swollen like a pig’s head” to describe the post-operation. The tragic situation.
Lin Jingyun emphasized that hematoma and the speed of surgical healing are important keys to the length of the recovery period. The use of hemostatic three-second glue to stop bleeding can also shorten the recovery period by more than ten days. The most important thing is to reduce the chance of a second operation.

The technology of hemostatic three-second glue is now more advanced to “tailor-made”. According to Chen Zijin, a specialist plastic surgeon at the General Hospital of Taipei, the earliest repair gel was chemically synthesized, and then gradually progressed to biological, that is, the source of production came from “foreign bodies (cattle, sheep or others),” but there is still a risk of infection. , Such as mad cow disease, hepatitis B, AIDS, etc. If you use your own blood to make it, you can reduce these accidents.
Chen Zijin explained that the manufacturing process of autologous three-second glue is actually very simple. As long as sixty cents of blood is drawn one hour before the operation, the hemostatic three-second glue can be produced in one hour after the action of medicine and centrifuge separation; in addition to fibrinogen, There is also an extra dose of platelet concentrate, which is rich in various growth factors and covers the wound, which can accelerate the attraction of repair cells in the body and make the wound heal quickly.
According to Chen Zijin’s experience, because it is made by her own body, the absorption effect and repair effect are faster, not only the speed of postoperative swelling is reduced by half, but the pain is also greatly reduced; at present, this kind of autologous gel is more suitable for a wide range of Plastic surgery, such as abdominal plastic surgery, bone removal, skin lift, breast reconstruction, burns and skin grafts.